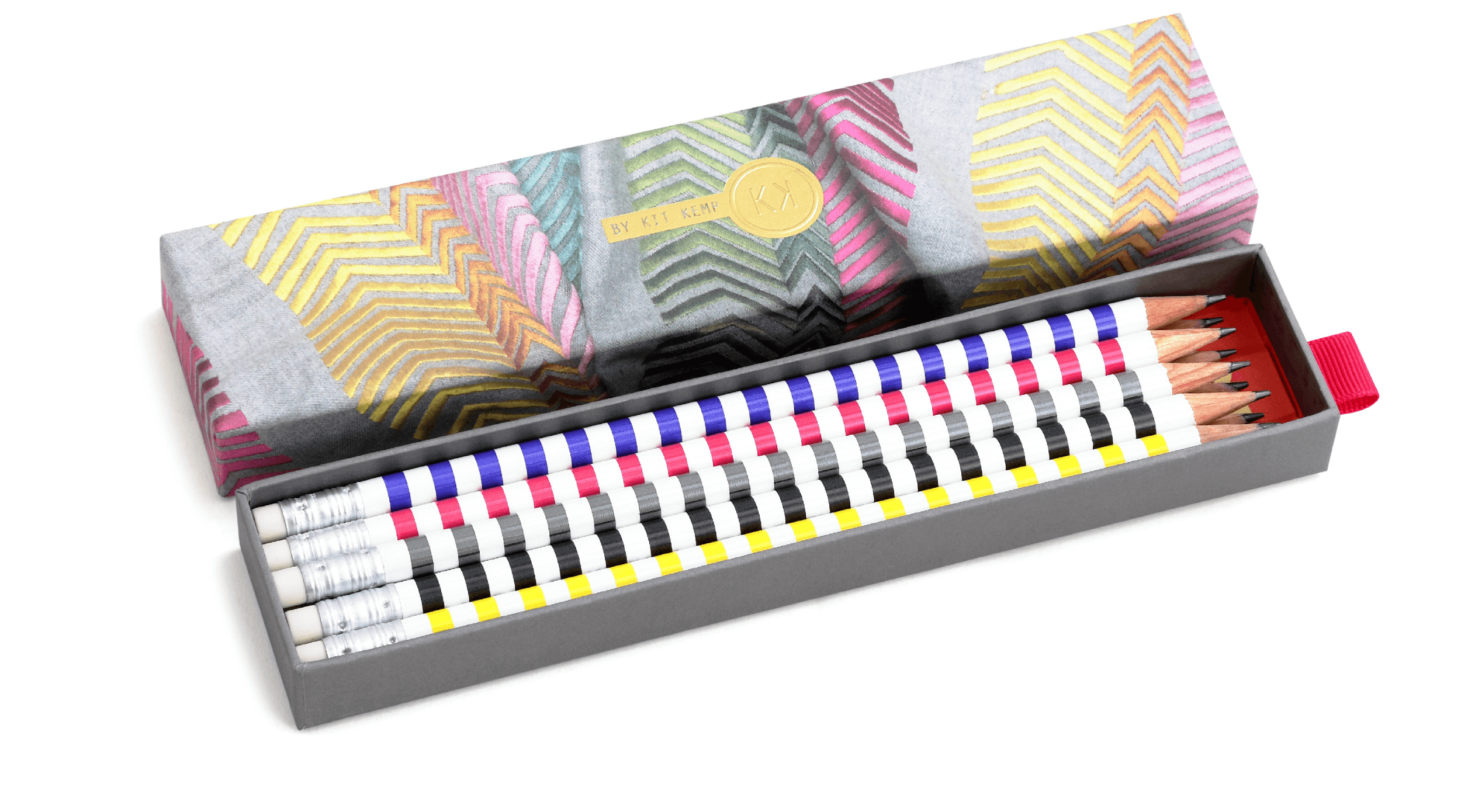 We have pencils all over our hotels and couldn’t sketch up a design without them, so we’d like to bring you a short (and sharp!) history of how pencils have come to be a universally loved item of stationery.

An Italian couple named Simonio and Lyndiana Bernacotti invented the first wooden pencil in 1560. It was created with a hollowed-out stick of juniper. Originally it was an oval shape which stopped the pencil from rolling away and it was mainly used by carpenters at the time. Then a method of glueing two pieces of wood around a piece of graphite was developed which is still very much how we see and use the pencil today. Lead was only used in the Middle Ages in the form of slate combined with a very basic stylus.

In the late 16th century pure graphite deposits were found in the Borrowdale area of the Lake District and farmers began using it to mark their sheep. Later in the 19th century a major pencil manufacturing industry was created at nearby Keswick.

In 1795 during the Napoleonic War the French no longer had access to pure English graphite, so a scientist serving in the army called Nicholas Jacques Conte began to mix finely ground graphite with clay powders. He fired these in a kiln at high temperatures to make them into solid rods. By changing the temperature he could change the hardness of the pencil. This method is still used today to make all twenty pencil variations including HB, 2B and 3B. ‘H’ means hard and ‘B’ means black. The higher the B number, the more graphite gets left on the paper. The particles in these combined pencils tend to separate easier with friction on the paper. The old material of solid graphite was very dense and did not leave much of a mark on the paper. In order to leave a clear mark on the paper, people would wet or lick the end of a pencil to make it flow like a pen.

In 1858 a stationer named Hymen Lipman patented a new design and added a rubber to the wooden pencil. His original idea was to embed the rubber into the wood like the graphite, however his design evolved and it was added to the end, just like they remain today. The design of a pencil has been a consistent one with little change aside from the plastic retractable versions.

We recently installed this amazing sculptural standing light of a pencil for a commercial project in central London. We love how the cable scribbles up the wall. The rubber lights up too!

We have an individual design of pencil for each of our hotels and we also have a collectors box of pencils available so you can buy the whole set. The box holds 10 assorted pencils and is £10 available to buy from Shop Kit Kemp. We are excited to share with you our new pencil design for our upcoming hotel at Warren Street in Tribeca, New York. Can you guess what colour it will be?

Sir James Dyson says that ‘drawing is still the best way to communicate ideas quickly’ and we couldn’t agree more! Find more stationery at Shop Kit Kemp including our new Tall Trees Notebook and get creative with our guide to keeping a scrapbook here.