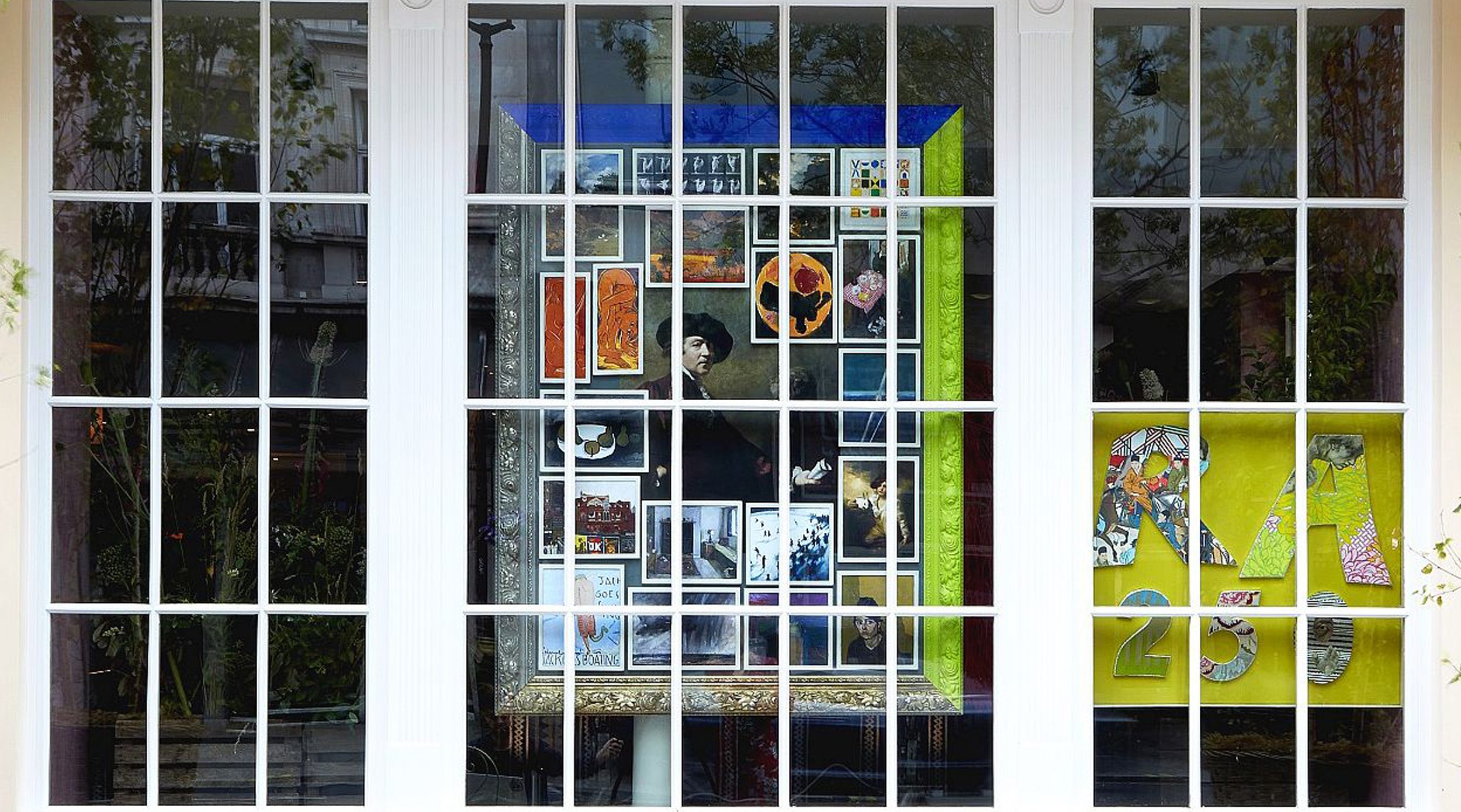 To celebrate the 250th anniversary of the Royal Academy of Arts, we joined the rest of the neighbourhood to bring art out onto the streets, with our very own window display at Haymarket Hotel, capturing the evolution of The Royal Academy, from traditional works to the modern contemporary legends of today.

Drawing context to the Royal Academy, the central focus of the piece was a painting of Sir Joshua Reynolds – The Royal Academy’s first president. He played a pivotal role in organizing the group of 34 artists and architects who signed a partition to found a Royal Academy of Arts, which was to hold annual exhibitions of living artist’s works and start a free art school, thereby a fitting figure as the center piece of our window display.

Our very own ice cream cart accompanied the display for the duration, where we served ice cream with names inspired by The Royal Academy’s very own artists.

I was interviewed by Tim Marlow, Artistic Director of The Royal Academy for the video below, discussing the window display, as well as the importance of this iconic institution to mark its landmark anniversary: