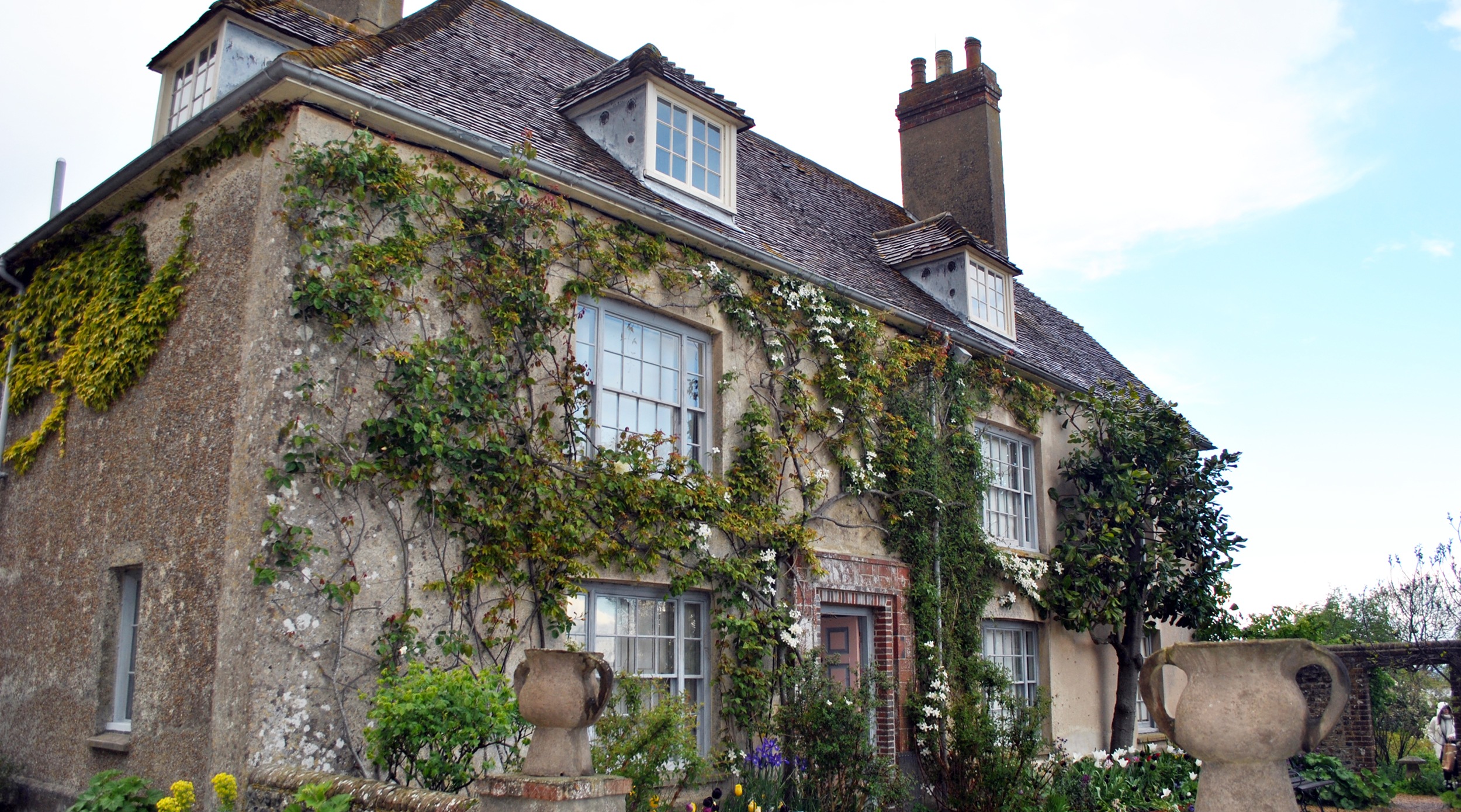 As you may have guessed, at Kit Kemp’s Design Studio we’re just a little bit inspired by the Bloomsbury Group, so we were very excited at the prospect of exploring the new development at Charleston House for our annual team outing.

Charleston was the Sussex home of Vanessa Bell and Duncan Grant, and a regular meeting place for the Bloomsbury Group. A new exhibition space has been designed by Jamie Forbert Architects, alongside an events space and restaurant situated in a glorious 18th century barn – restored and re-developed by Julian Harrap Architects situated right next to the farmhouse, a juicy juxtaposition if ever there was one.

The first exhibition on display is “Orlando at the Present Time” which represents a contemporary response to Virginia Woolf’s novel Orlando: A Biography. It was amazing to see the costume worn by Tilda Swinton in 1992 film “Orlando”, designed by Sandy Powell, alongside an original costume created and worn by Duncan Grant for his performance of the Spanish Dancer at a party in Charleston in 1936. Vanessa Bell famously stated “I have never seen anything quite so indecent”.

A stunning set of black and white portraits surround and engulf you with accusatory stares in the new exhibition space showing ‘Zanele Muholi: Faces and Phases’. These photographs are so powerful and look stunning in this unbelievable space.

After exploring the exhibition, we were welcomed with piping hot coffee and buttery croissants at this fabulous table.

After a wonderful morning spent at Charleston we made our way over to Alfriston to visit our favourite book shop, Much Ado About Books.

Cate Olsen and Nash Robbins are the brains behind Much Ado bookshop and ‘Prospero’s Project’ – a converted barn nestled in the rolling hills of the South Downs, hold some of the finest treasures ranging from luscious coloured Gauguin coffee table books to a first edition Moby Dick. I could think of nothing better than spending hours browsing these shelves whilst eating some of Cate’s famous Brandy Apple cakes, made with apples picked fresh from the garden.

For the next part of our tour Sarah Burns, a pattern maker and printer who founded Dora Fabrics gave us the most fantastic workshop – we are reminded of the simple and wonderful marks the potato stamp can display, stencilling, lino cutting and hand painting. Sarah’s talent knows no bounds, she has that rare straight to the point attitude that brushes away the cobwebs and unleashes that inner Magritt, Peggy Angus or Mattisse!

Sarah Burns has just published her debut novel “Barron & Larcher” – after becoming fascinated with these textile designers’ lives and work. Sarah spent 6 years researching and putting together this wonderful book – watch out for the Kit Kemp foreword.

We highly recommend signing up to one of Sarah’s outdoor summer workshops she holds in West Sussex, the only warning is you may never want to leave.