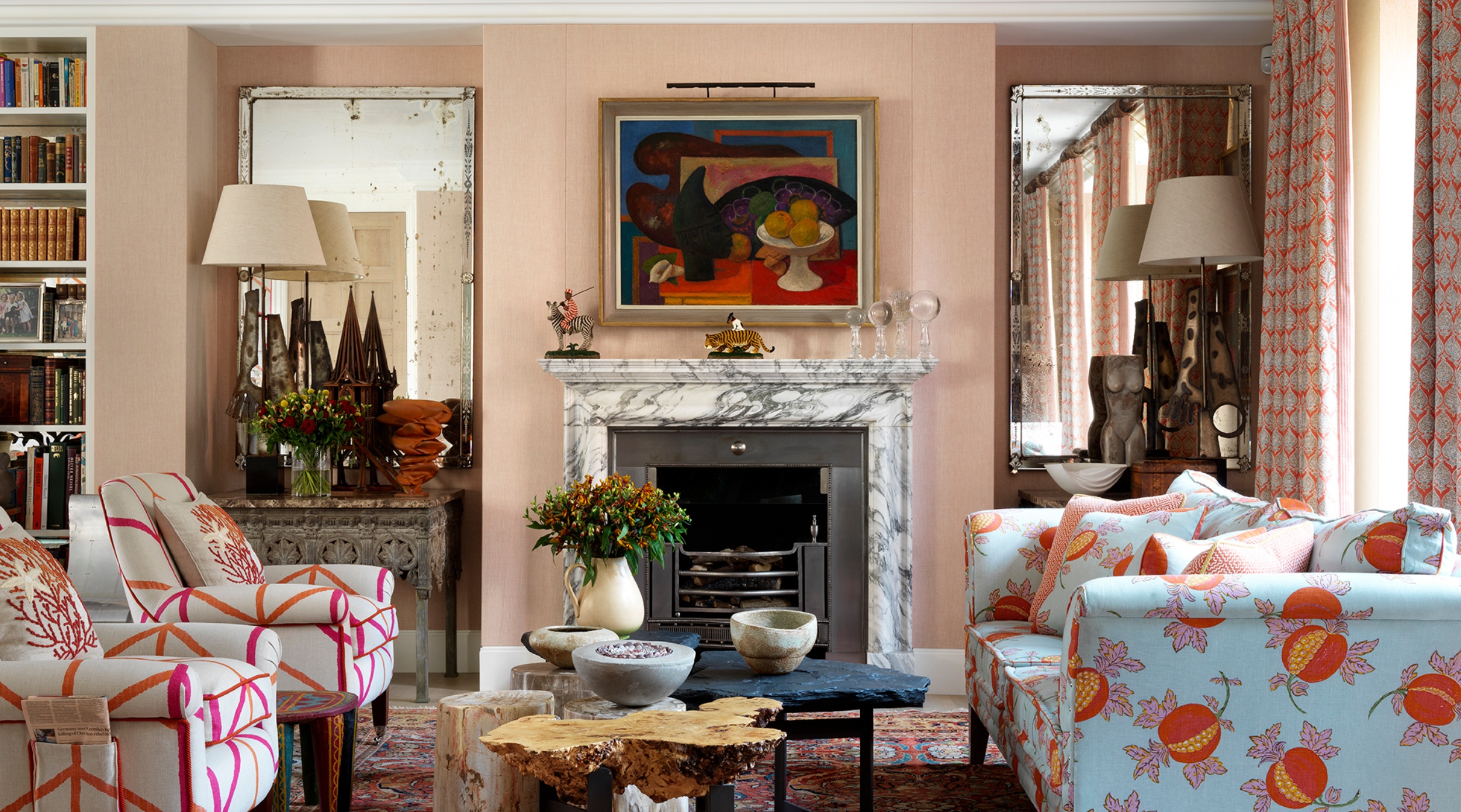 After a year long hiatus, I’m excited for art fairs to resume again. October is always one of my favourite months with Frieze Art Fair but also the British Art Fair held at The Saatchi Gallery. It always seems a little less hectic and draws top dealers, showcasing works covering the most important artistic movements of the past 100 years.

In the most recent British Art Fair – 2019 can you believe it – I was captivated by the colours and composition of a still life painting on Osborne Samuel Gallery’s stand. The objects in the painting appear solid, but without volume. They are flat and weightless. They are also rendered in intriguing textures. The raised, textural surfaces of this painting evoke a sense of tactility that does not require actual touch to experience it. Gordon Samuel explained to me that it was a Mark Gertler and upon purchasing the painting, I had to find out more…

Mark Gertler was a British painter, born in London in 1891 into a Jewish-Polish family. He was the youngest of five children and showed a marked talent for drawing from a young age. He enrolled for classes at the Regent Street Polytechnic in 1906, but due to desperate family poverty, he left after a year.

The following year he attended evening classes at the Polytechnic whilst working as an apprentice at a stained-glass company. After placing 3rd in a national art competition he was inspired to apply to the JEAS (Jewish Education Aid Society) for a scholarship and with helpful advice from prominent artist William Rothenstein, he was accepted and enrolled at the Slade School of Art in 1908.

It was there at Slade he was surrounded by the finest young artists of their generation, including David Bomberg, Paul Nash, Stanley Spencer, Edward Wadsworth, Isaac Rosenberg and the enigmatic Dora Carrington, for whom he had an obsessive but unrequited love.

He won prizes and scholarships, then left the Slade in 1912 to paint full time. Gertler’s patron was Lady Ottoline Morrell and it was through this connection that he became acquainted with the Bloomsbury Group.

Gertler first exhibited his work at the Friday Club in 1911, where Vanessa Bell was secretary. He was elected to the London Group in 1915 and contributed works to their November 1915 exhibition.

Despite moderate success as a society portrait painter, he frequently returned to the genre of still life, addressing it in bursts of intensity. He assembled a treasury of objects – a Spanish fan, guitar, decorative porcelain, a lace mantilla – which he regrouped and repainted, in combination with ephemeral adjuncts such as fruit or flowers.

Gertler led a brief and anxious life and had several spells in sanitoriums. Still Life with Fan and Benin Head (1937) was painted shortly after Gertler’s discharge from a sanatorium, after he had settled at a new home in Highgate. Among the familiar objects selected for his Still Life was the Benin head which he described, excitedly, to Dora Carrington in 1915:

“P.S. The other day I picked up a piece of African sculpture wood, like they have in the B.M., for 10 shillings! It gives me great delight and is like my work.”

The artwork makes use of vivid structural and tonal contrasts: the sinuous curves of the Benin head, palette and fan, in rich browns and blue-grey, against the luscious golds and corals of the table, a propped canvas and empty frame.

Gertler is perhaps most well-known for his work ‘Merry-Go-Round’, which he completed in 1916. It was the midst of the war and at the time Gertler was living near Hampstead Heath. In September 1915 there had been a funfair on behalf of the wounded soldiers and it is believed the roundabout may have provided an inspiration for this picture.

It was the most striking painting in the 1917 London Group exhibition, but even the favourable descriptions did not take it to be a serious work. It was D. H. Lawrence who gave the work recognition as “the best modern picture I have seen”. Today it is understood as an expression of horror at the war.

Gertler’s later years saw him marry and the birth of his son, Luke Gertler. It was a troubled marriage, marred by frequent ill heath of both him and his wife and Gertler sadly died in 1939.

In what would have been one of his last interviews prior to his death, Gertler said of his paintings ‘colour is of vital importance. It is essential for the emotional effect. It expresses something I cannot put into words’.

His obituary in The Times described his death as “a serious loss to British art. Opinions of his work are likely to vary”, it conceded, “but it is safe to say that a considered list of the half-dozen most important painters under fifty working in England would include him.”

If you want to read an absolutely compelling paperback on the subject of Gertler & Co at the Slade between 1908-1912, we would wholeheartedly recommend ‘A Crisis of Brilliance’ by David Boyd Haycock.

Here is a collection of my other favourite and significant Gertler paintings: