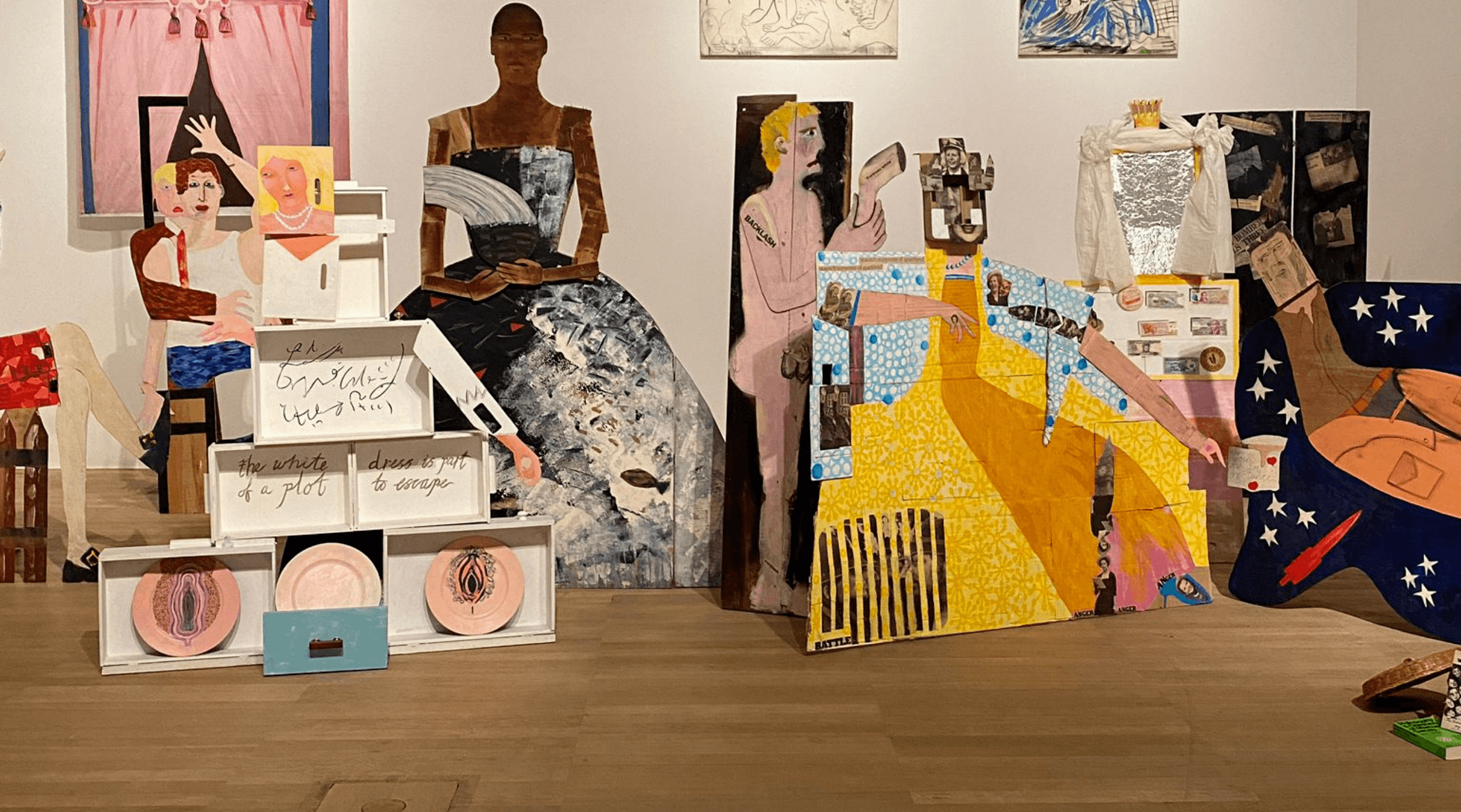 Despite the many storms that hit the UK, we managed to get Out and About! The Tate Modern is one of our favourite museums in London and we’re always finding inspiration here.

We recently visited the Lubaina Himid exhibition. Born in Zanzibar but based in the UK, this 68 year old artist was awarded with the Turner Prize in 2017, which is given annually and considered the highest honour in the British art world. In 2018 she was given the honorary title of CBE for her contributions to the arts.

Her Tate Modern exhibition is a recompilation of the most influential work in her career. Having studied Theatre Design and achieving a Master in Cultural History at the Royal College of Art, her work addresses the topics of racial politics and the legacy of slavery. Each section of the exhibition opens with a question: ‘What does love sound like? What are monuments for? We live in clothes, we live in buildings – do they fit us?’.

Himid’s style of painting is an explosion of colour which connects very graphic elements with very naïve but intentional brush strokes.

Her early paintings show buildings that twist and morph impossibly with windows that look out onto
geometric patterns and houses filled with furniture.

As her career has evolved, Lubaina has earned international recognition for her figurative paintings which convey a balance between aspects of history and contemporary everyday life aspects.

Himid’s exhibition hints at her studies in theatre with work portraying the idea of the viewer and the actor. The artwork below, ‘A Fashionable Marriage’ (1986) adapts the dramatis personae of William Hogarth’s ‘Marriage A-la-Mode: 4 The Toilette’, in a series of outsized collage cut-outs.

These objects feature beautiful patterns and portraits evoking the people and textiles of Africa and the
Caribbean.

Finally, a series of paintings: ‘Le Rodeur’, in which the sea is always a constant, speaks about the enslaved people relocated in the present. The one below, ‘Le Rodeur: Exchange’ (2016) plays with the idea of the inside and outside, ‘a narrative where a gap needs filling in an enormous history’.

Lubaina Himid’s exhibition is open until 2nd October 2022 at Tate Modern. We hope you can get ‘Out and About’ and experience her incredible works.