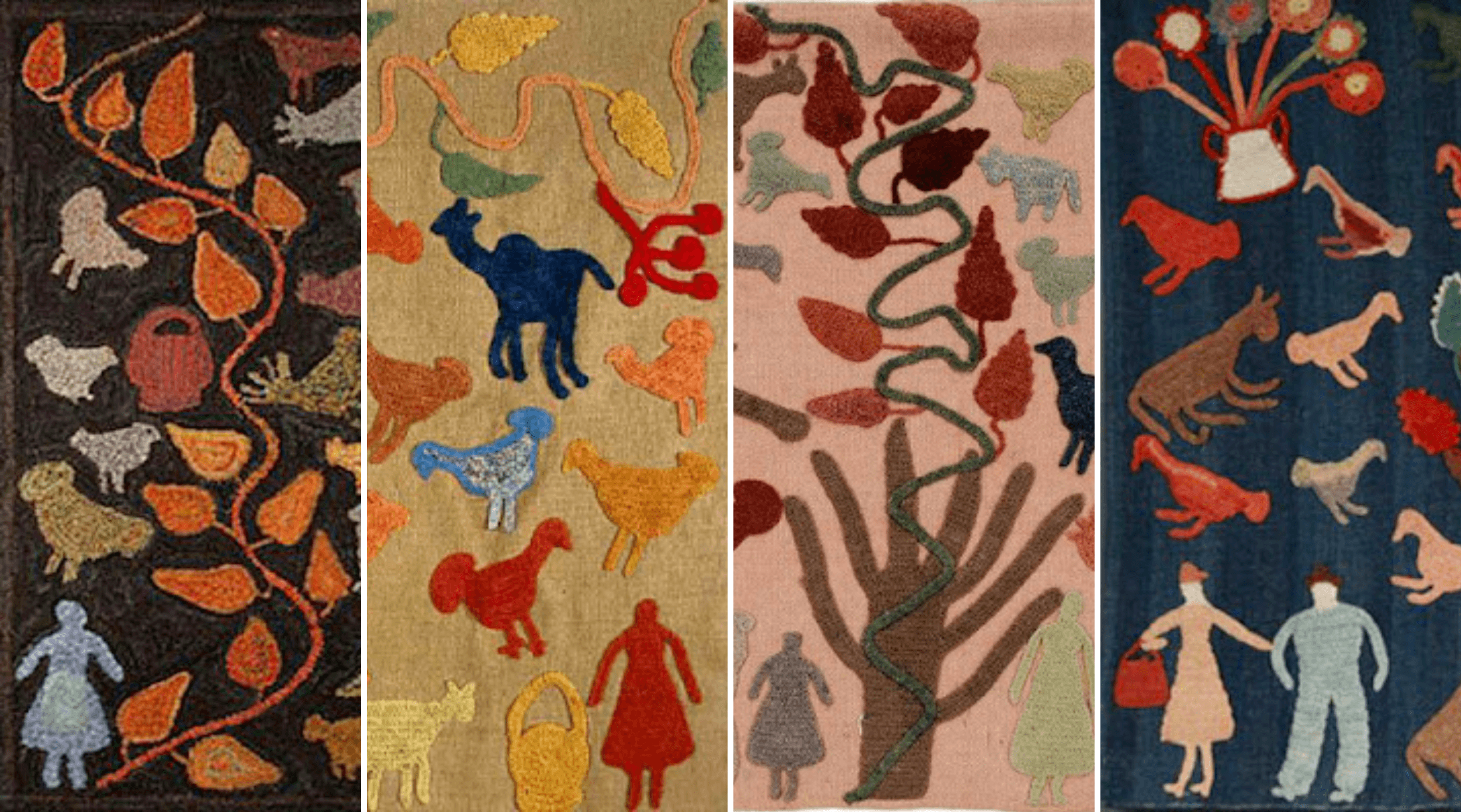 We love a good artist’s tale here at our Design Studio. The now discovered Kate Clayton Donaldson (also known as Granny Donaldson) is one to appreciate. Join us as we cast a spotlight on her artistry.

Donaldson’s folk art textiles are becoming popular as more works are being identified as hers. She was born in Kentucky in 1870 and died in August of 1960. Donaldson is considered a folk artist, but during the time of her craft she was also a commercial artist. The tale of her beginning is a folkloric story within itself because no one actually knows how she began creating her appliqué works. Not much research has been conducted, but it is documented that she met Allen Eaton who was a champion of the craft revival movement. Donaldson was also interviewed and photographed by him in 1933 and 1934.

We also know that she worked in the kitchen of the John C. Campbell Folk School. The North Carolina school was founded to teach marketable craft skills and it was here that Donaldson stitched figures into blankets for the adult education centre. She was soon encouraged to make more. Her process was stitching motifs and then applying them onto wool or linen. Donaldson got her inspiration from nature and the environment with some of her designs developing from traditional Indo-European imagery.

Donaldson would begin by stitching the forms and shapes. Then she would lay the pieces out and would then apply them to the linen or wool to make blankets and quilts.

It is possible that she dyed the figures and backgrounds herself with natural dyes. However the way the figures fade suggest she may have used synthetic dyes which were also available at the time.

Some say she was inspired by cow blankets which were originally made in Italy. It is believed that Donaldson used her blankets to cover her cows to keep them warm.

Overall, Kate Clayton Donaldson’s appliqué blankets have quite a story and look beautiful with their simple figures and natural colours. We are delighted that her work is finally getting the credit it deserves.