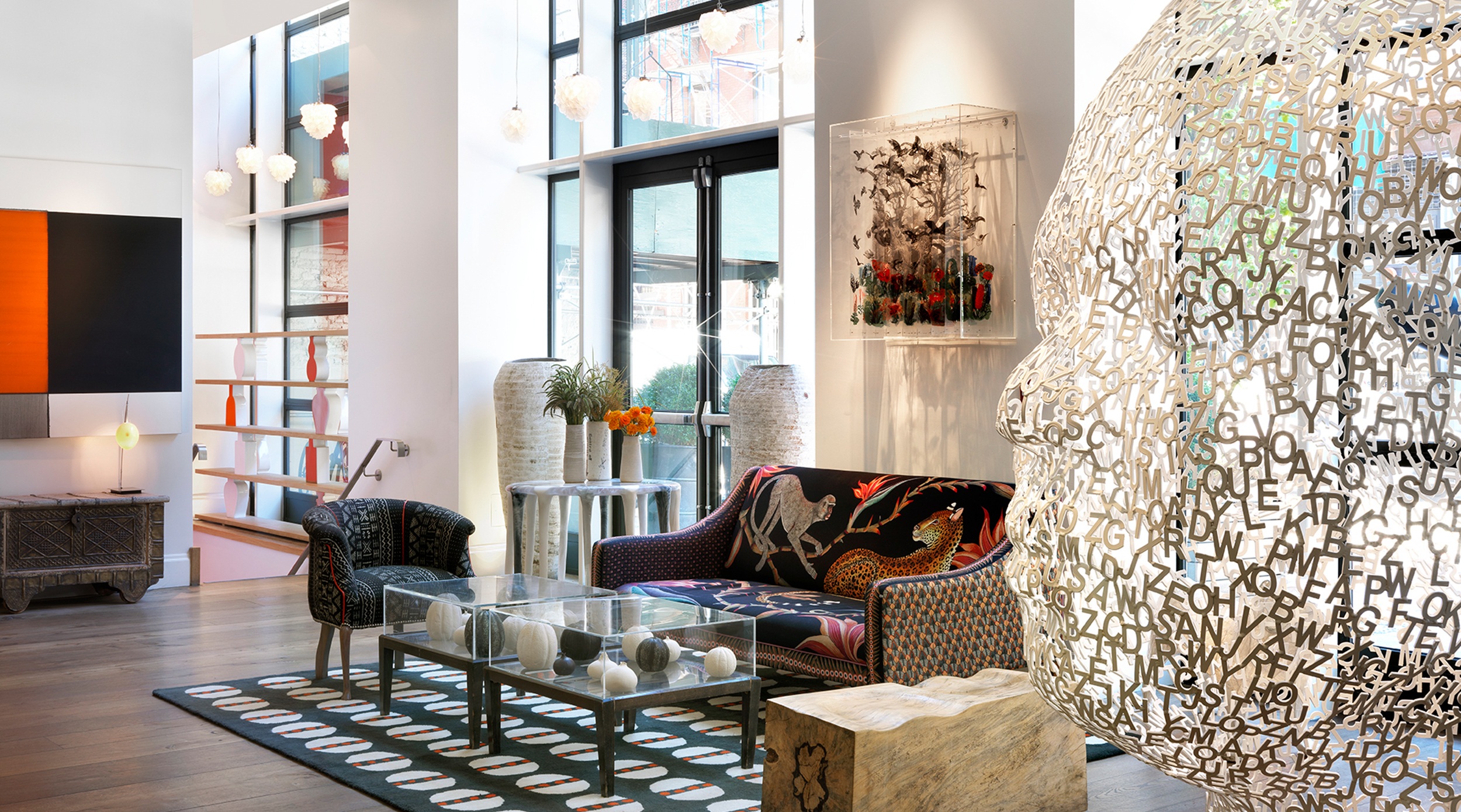 Next weekend we launch our Firmdale Art Walks in New York at our SoHo property, Crosby Street Hotel. Hosted by artist Lyora Pissaro, the tour will begin with a guided walk-through of our art collection at the hotel.

The art at Crosby Street Hotel is inspired by the written word, encapsulated by a striking sculpture by Jaume Plensa in the lobby.

Jaume Plensa is one of the top sculptors today – creating ethereal pieces on a grand scale. I first discovered his work at Basel Art Fair in 2008 at The Richard Grey gallery. The 64-year-old Barcelona-based artist is known for his public sculptures found in Madison Square Park in New York, rising out of the sea on Botafogo beach in Brazil and closer to home at the Yorkshire Sculpture Park.

His powerful sculptures depict over-sized and often distorted faces, with their eyes closed, in a state of peaceful reflection. His models are normal people, whose likeness he distorts, elongates and re-moulds to create these serene expressions.

Plensa often uses letters, words and classic literature in his artworks. To Plensa, the alphabet is a portrait of culture and a metaphor for our world today.

At the Crosby Street Hotel, the 10-foot metal sculpture of a human head is made-up of individual letters. It works so well in this space as it is see-through. I didn’t want a heavy piece in this position, but instead one that was there but not there. Children love to scramble under and into it, bringing endless joy and fun to this lobby space.

Come and take a look for yourself at our art tour next week. After viewing our artworks at the hotel, Lyora will take you on an intimate walking tour of the top Chelsea, SoHo and Tribeca galleries and exhibitions, ending with a delicious lunch at The Crosby Bar.