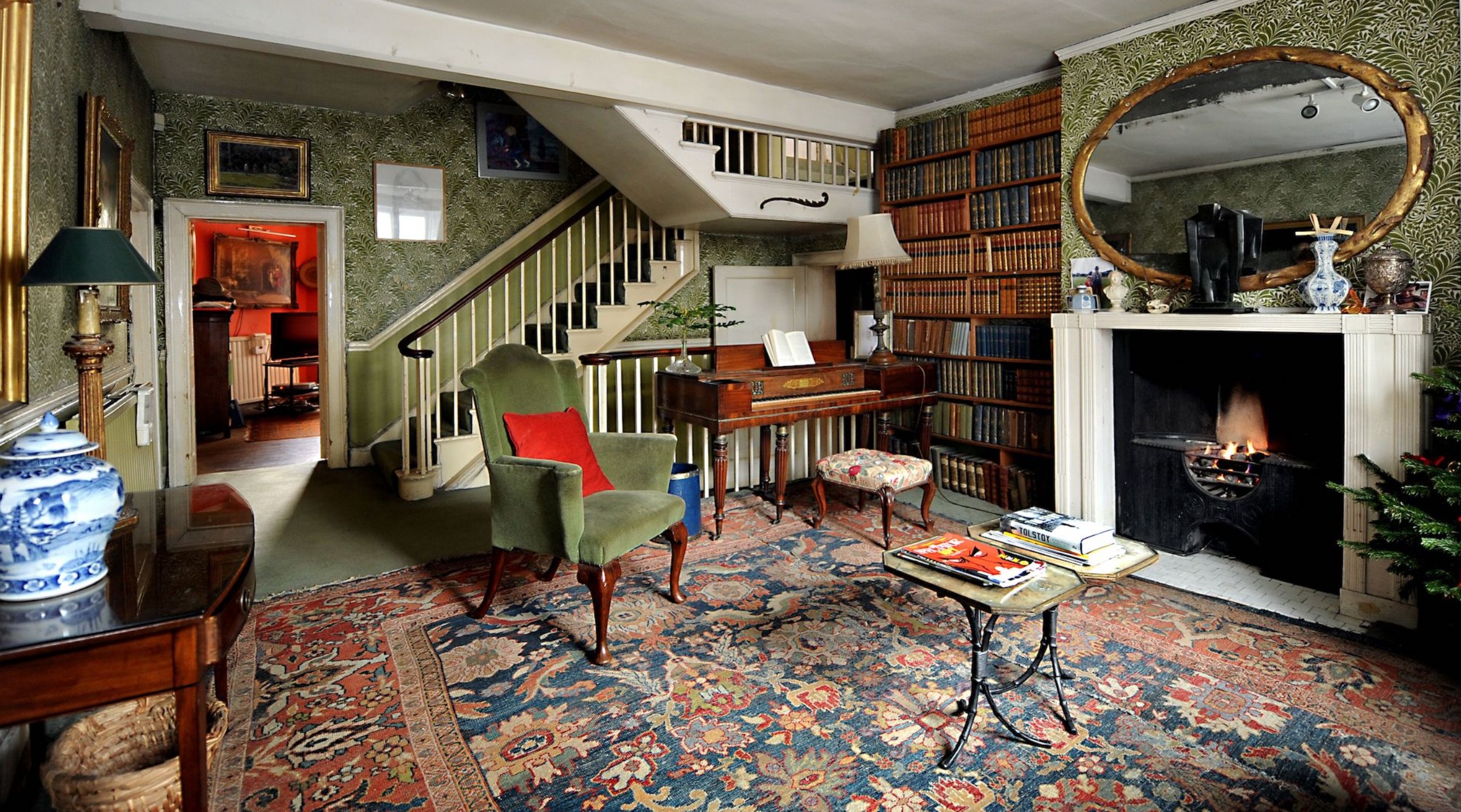 One of London’s charities that is close to my heart is Heritage of London Trust, for which I am a patron of. It is an independent heritage charity, set up in 1980 by the Greater London Council to rescue historic buildings and monuments. They identify projects, commission condition surveys, give grants and guide the restoration of each site from beginning to end.

Whilst I spend a great deal of my time creating new build projects, it is also so very important to cherish the heritage we have. This is where HOLT’s work comes in, and I get such inspiration and pleasure from meeting like-minded people on site visits to identify projects, unravelling London’s lost histories and seeing skilled specialist conservators bring each building back to life. HOLT is constantly preserving what we have for the future and the projects involve young people through a Proud Places programme.

A post shared by Heritage of London Trust (@holtoflondon)

The projects are in every London borough and are so diverse. I remember finding myself on a Friday afternoon experiencing the ‘Highwayman’s Cage’ lock up in Cranford, once a small village on the Bath Road (now the A4).

As one of the main routes into London, wealthy travellers would often fall victim to robbers and thieves. Nearby Hounslow Heath was notorious for its highwaymen and their daredevil activities were romanticised in poems and stories. Highwaymen were generally caught and hanged, but until the 19th century small ‘lock ups’ like this were used to detain thieves, robbers and vagrants. This one known locally as the ‘Highwayman’s Cage’ was in use until the early 19th century.

As police stations gradually replaced lock ups across the country, most were demolished and this one is an amazing survival. It has been fully restored including its iron-barred window and reinforced door. Cold and dark inside, it gives a chilling insight into the rough justice of the past.

On HOLT expeditions, you are often granted access to places you would never normally be allowed in. This week, I was out and about at the Patrons event to celebrate the musical and artistic heritage of Felix Mendelssohn in London at Clementi House on Kensington Church Street.

Clementi House was the London home of composer and pianist Muzio Clementi and also the musical ‘home’ of the young Felix Mendelssohn (1809 – 1847) through the 1830s, where he wrote and performed. It is still a private house, little changed since the early twentieth century, and a fantastic setting to discover more about the composer’s relationship with the city.

‘It is fearful! It is mad! I am giddy and confused. London is the grandest and most complicated monster on the face of the earth.’ – Mendelssohn, 1829

What better way to discover more about the composer than to visit the house that inspired him. In the intimate drawing room of the private house, a young talented poet and musician, Arnaud-William Mbaki, played some beautiful pieces from Mendelssohn’s works, alongside his own compositions.

We also found out more about HOLT’s restoration of Mendelssohn’s Sundial, which work starts on this week. Mendelssohn’s fascination with London inspired many of his compositions. Inspired by the tranquility of his stay at one of the 18th century villas on Denmark Hill in Camberwell, Mendelssohn wrote ‘Spring Song’ (originally named ‘Camberwell Green’) – one of the lyrical piano pieces within his series ‘Songs Without Words’.

When the villa was demolished in 1904 to form Ruskin Park, a Tudor-style sundial inscribed with the song was erected in commemoration of his stay. Made from terracotta, it is decorated with Tudor roses and once had a bronze sundial (now missing) with the notation of his composition. Although currently in very poor condition and under tree cover, HOLT has been given a grant for the Mendelssohn sundial to be restored and relocated nearby.

Around the dial are the words, “Here stood the house where Mendelssohn wrote the Spring Song 1842”.

I get endless inspiration from HOLT’s work. Here, primary school pupils look at a weathervane from St James’, Bermondsey. How amazing to be able to get up close to something so iconic and usually out of reach.

HOLT’s work inspires me to look up and observe the beautiful architectural details that make London so special. Wouldn’t it be fabulous to design an embroidered fabric featuring the weathervanes of London!