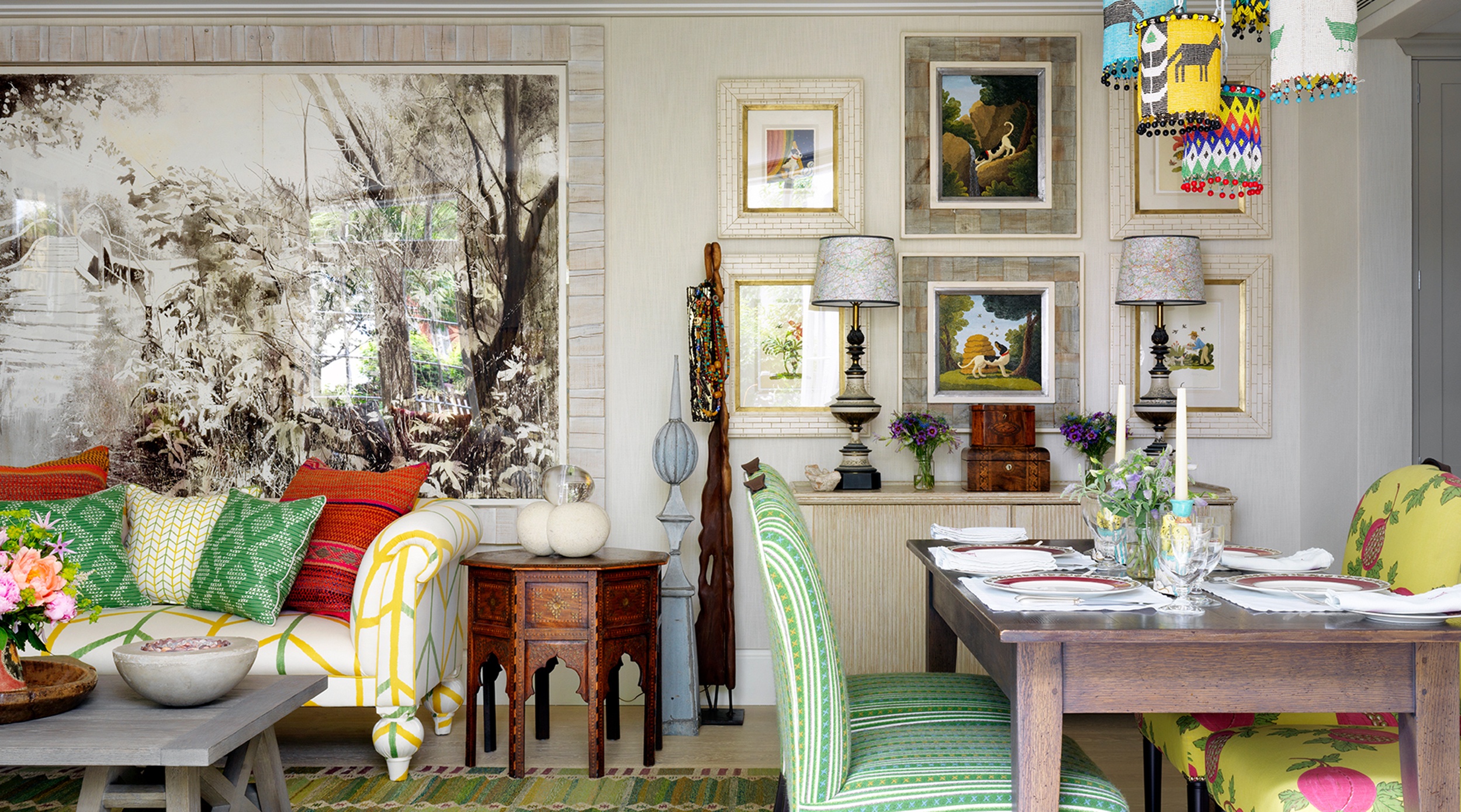 On my travels I will often seek out markets, bazaars, souks and boutiques in search of a rare find to keep as a souvenir and capture the essence of the places we have visited. At Firmdale Hotels, we celebrate these found objects and turn them into a unique design feature or piece of art. Here are some of our top tips to make the most of these special finds:

One of the most important aspects of creating an interesting and layered scheme is combining pieces from different periods of time. It’s important that an interior feels lived in; as if it is the work of someone who has lovingly collected furniture, artworks and objects over a lifetime.

This doesn’t have to be a costly mahogany antique; it could be a vintage textile or an unloved cabinet complete with peeling paint, found in a market. The beautiful patina that comes with age can never be replicated and creates a sense of a narrative and character that is rarely found on a contemporary piece. In the Oak Leaf Suite at Ham Yard Hotel, these lampshades were made from a found shaman’s hat. The beading diffuses the light perfectly and they add interest and character to this new bedroom.

2. Create your own headboard

Many of our most recognisable headboard designs are inspired by objects or designs we have found on our travels. Ever since we discovered the acclaimed ceramic artist Makoto Kagoshima, we have fallen for his decorative and heart-warming clay plates. His works feature colourful and stylised plants and animals. Based in Japan, Kagoshima has made a collection of works exclusively for Messums Wiltshire which inspired our new headboard design.

Three merry birds sit picking on berries among vivid blue, yellow and orange flowers, set against a dark background. We were thrilled that our friend Kumi was keen to work on the headboard with us. Kumi, who is also a fan of Kagoshima, uses her mother’s old Japanese kimonos to hand dye and appliqué the design.

Once we had decided the shape of the headboard, the next step was to agree on a composition. Kumi then began the dyeing process. From the photos of the kimonos hanging on the washing line, we could tell Kumi has captured the happy, sunny colours of Kagoshima’s ceramics. Stay tuned to see the end result in the coming weeks…

In this suite at Crosby Street Hotel we used an antique kilim to upholster the armchair in the drawing room. The thick, heavy texture makes for a hard-wearing and cosy armchair that becomes an interesting feature within the scheme.

4. Create your own bespoke wallpaper

The fabulous double height Bollywood walling at The Whitby Hotel started life as two small artworks that I found on my travels to Rajasthan, India. The antique panels depict illustrations of musicians, cattle and stylised trees on a brilliant gold background. We worked with Hamilton Weston, specialists in historic and reproduction wallpapers to create the design, which brings a sense of drama to the basement room.

My Mythical Land wallpaper for Andrew Martin was inspired by a found piece of American folk art. We fell in love with the wild flowers, giant pears and leaping creatures. We used this design to line the walls of ‘The World of Kit Kemp‘ in The Loft at iconic New York department store Bergdorf Goodman, which is currently on show until August 12.

5. Make your own artwork

We framed these colourful woven baskets backed on to patterned fabric with matching painted frames. They look great grouped together as a collection.

Get creative and make the most of your found objects. Don’t be afraid to re-imagine them in to a one of a kind artwork. They’re much better on display than hidden away in the cupboard!