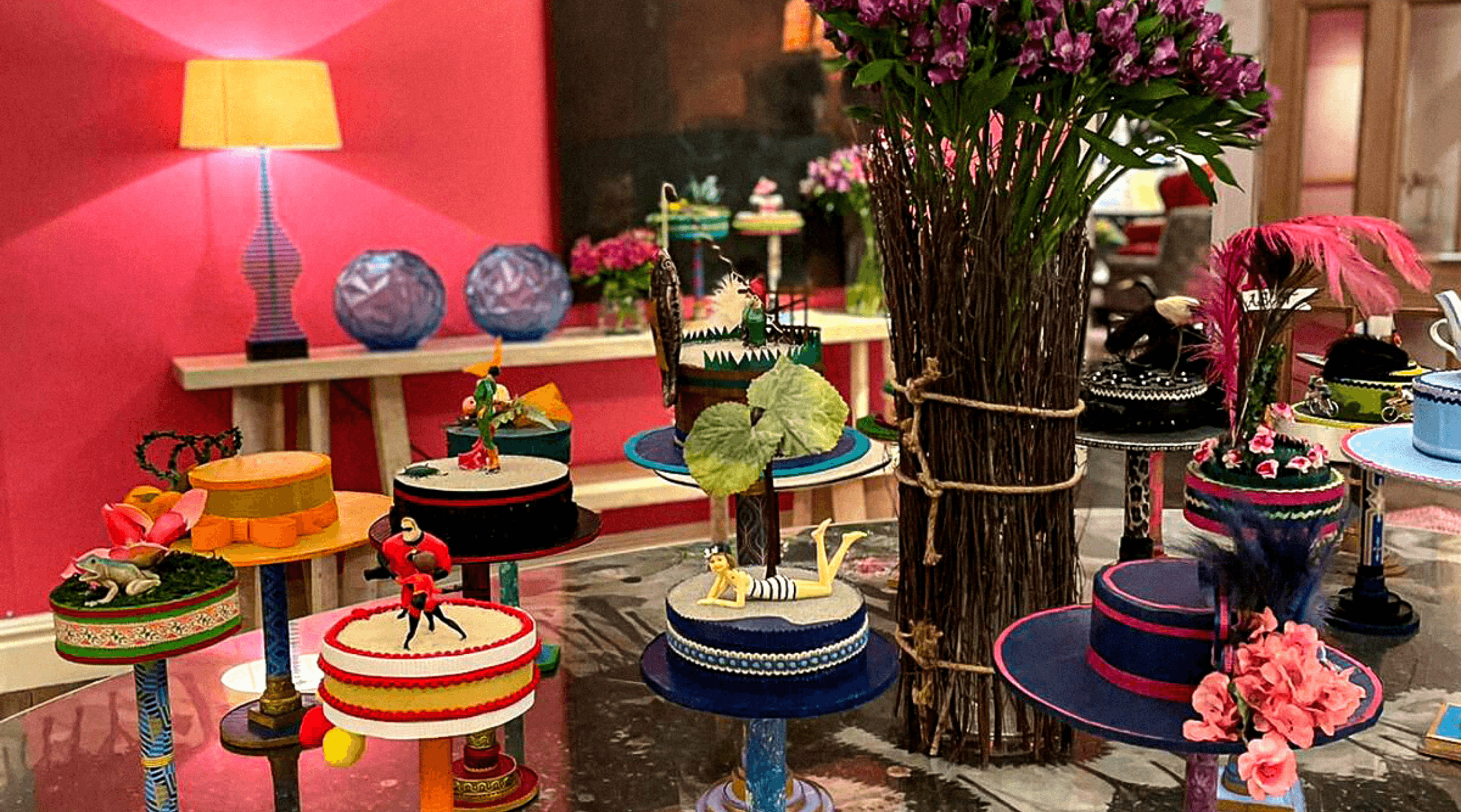 Welcome to a wonderful world of surreal and eccentric hats! We have curated an exhibition of twenty hats that are on display at The Soho Hotel until 25th May. Each hat is one of a kind and handmade by the exceptionally talented Mimi de Biarritz.

The hats are made from papier-mâché, cardboard and found objects from matadors to fishing gnomes. Much more than an accessory, these pieces will add life and character to any room and can be exhibited as sculptures in your home. They are unique works of art! Shop the hats here at our new Artists Corner.

When making these fantastical creations, Mimi was inspired by Royal Ascot and The Kentucky Derby horse races, where attendees compete to wear the most extravagant hats.

Royal Ascot
In the 17th century, under King Charles II, horse racing became an organised competitive event. It was then known as the ‘sport of Kings’. It was the sport of the upper class and therefore imbued a certain image of wealth, status and importance. It naturally followed that those who attended the races were the most influential and fashionable of the time. Royal Ascot was initiated by Queen Anne in 1711 with the aim of selecting fast horses for war. It is now in its 309th year and will take place on the 14th to 18th of June. Wearing extravagant hats to exclusive events such as weddings, balls and horse races gave these wealthy women a status symbol to set themselves apart from the ‘common folk’. As much as fashion has changed, hats are still considered an iconic symbol and a wardrobe must for any important racing event.

The Kentucky Derby
The Kentucky Derby was established by Colonel Meriwether Lewis Clark Jr. The Colonel and his partner Mary Martin Anderson, travelled to England and France in the years before the 1875 inaugural Kentucky Derby. They noticed how spectators at these racing events were very well dressed. Anderson wanted her racing event to be just as fashionable. In an effort to sway others to get all dressed up for the event, she rode around in an open carriage dressed to the nines. It worked! People have been dressing for the Kentucky Derby ever since with the hats getting more extravagant each year. This year it will take place on the 7th of May.

Pop by to The Soho Hotel to see our ‘Hats Off’ exhibition featuring one of a kind wearable art. Or click here to purchase a hat. You’ll be the envy of the races in no time. Here are just some of the charming designs which are on display for all to enjoy…