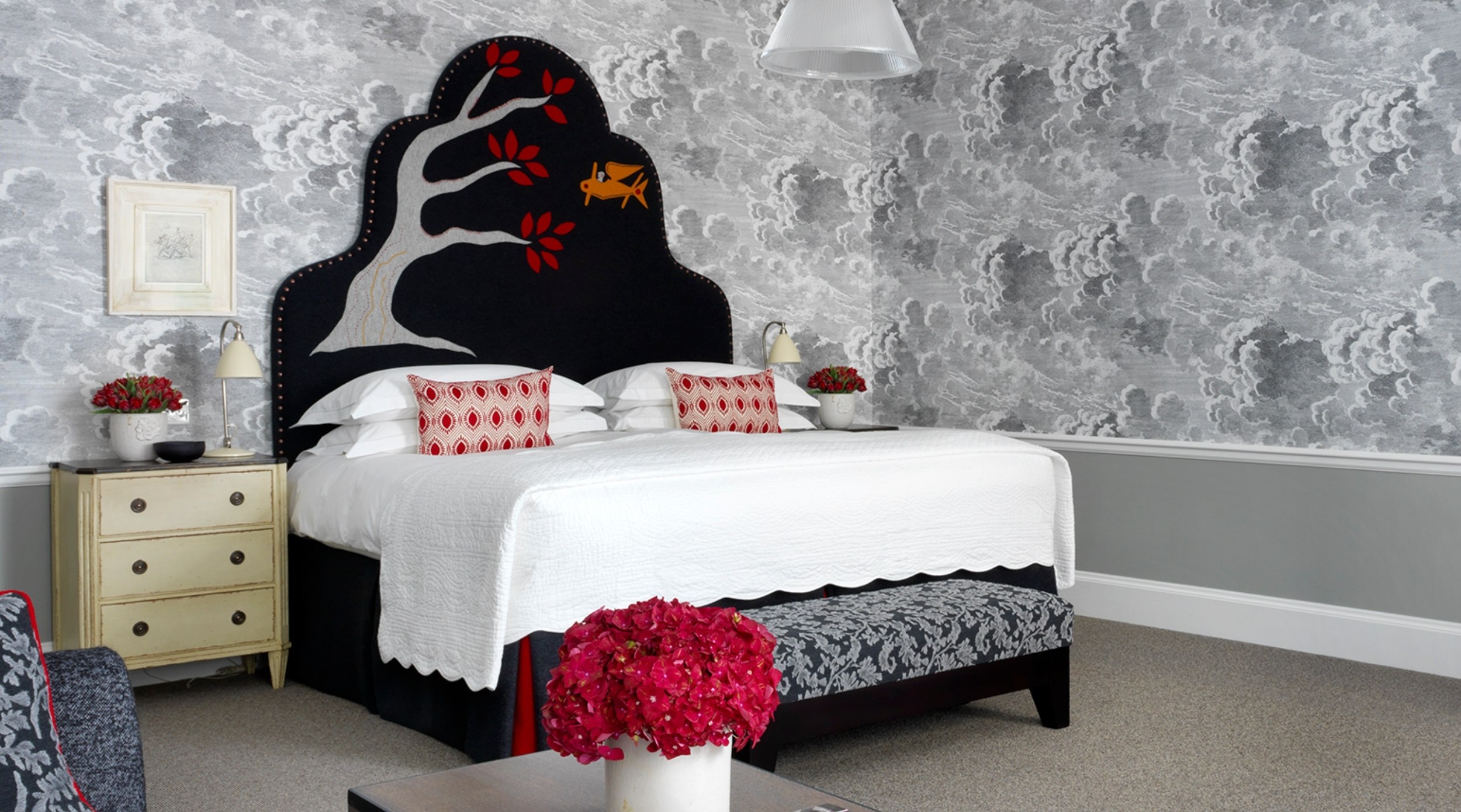 We’ve been making sure Haymarket Hotel looks tip top and ready to welcome you as we open the doors next week. We launch straight into some exciting events such as the return of our revolutionary water-based workout ‘Floatfit HIIT’ in the hotel’s colourful swimming pool and guided Art Walks of Kit Kemp’s personally curated art collection.

Haymarket Hotel is directly next door to the Theatre Royal Haymarket and we think it is fitting that the hotel logo is particularly theatrical! The bold mannequin that Firmdale Hotels is known for is inspired by the Italian painter, sculptor, decorator and crasftsman, Piero Fornasetti (1913-1988). His signature motif was the face of Lina Cavalieri, an opera singer who lived at the turn of the 19th and 20th centuries. Fornasetti used Cavalieri’s visage to decorate his Theme and Variation series of plates, of which there are more than 350.

Similarly to how Fornasetti plays with scale and manipulated an image, we have reworked the facial features, applying them to the mannequin with Fornasetti’s signature tongue-in-cheek humour.

Room 101 at Haymarket Hotel is our ode to Fornasetti, with Cole & Son’s “Nuvolette” wallpaper, the apple of our eye in this contemporary combination of black and white with dashes of vibrant red. A smaller scale version of the mural Nuvole, “Nuvolette”, is one of the most enduring Fornasetti designs. The sky was one of his long recurring visions and these ‘little clouds’ are delicately detailed etchings depicting tempestuous, rolling skies.

Fornasetti’s work was an invitation to imagine, to think and to escape and no more so is this true than with Mimi de Biarritz’s ceramics that adorn the shelves of a black statement dresser.

These intricate pieces perfectly encapsulate Mimi’s fearlessness and dedication to her craft, with a humour and sense of playfulness like no other. Her work always reminds us to imagine and is certainly an escape into a dream-like world. Read more about Mimi’s work in our Meet The Maker post.

We hope this tempts you to explore Haymarket Hotel and perhaps you will recognise more designs that are influenced by Fornasetti and his limitless imagination.