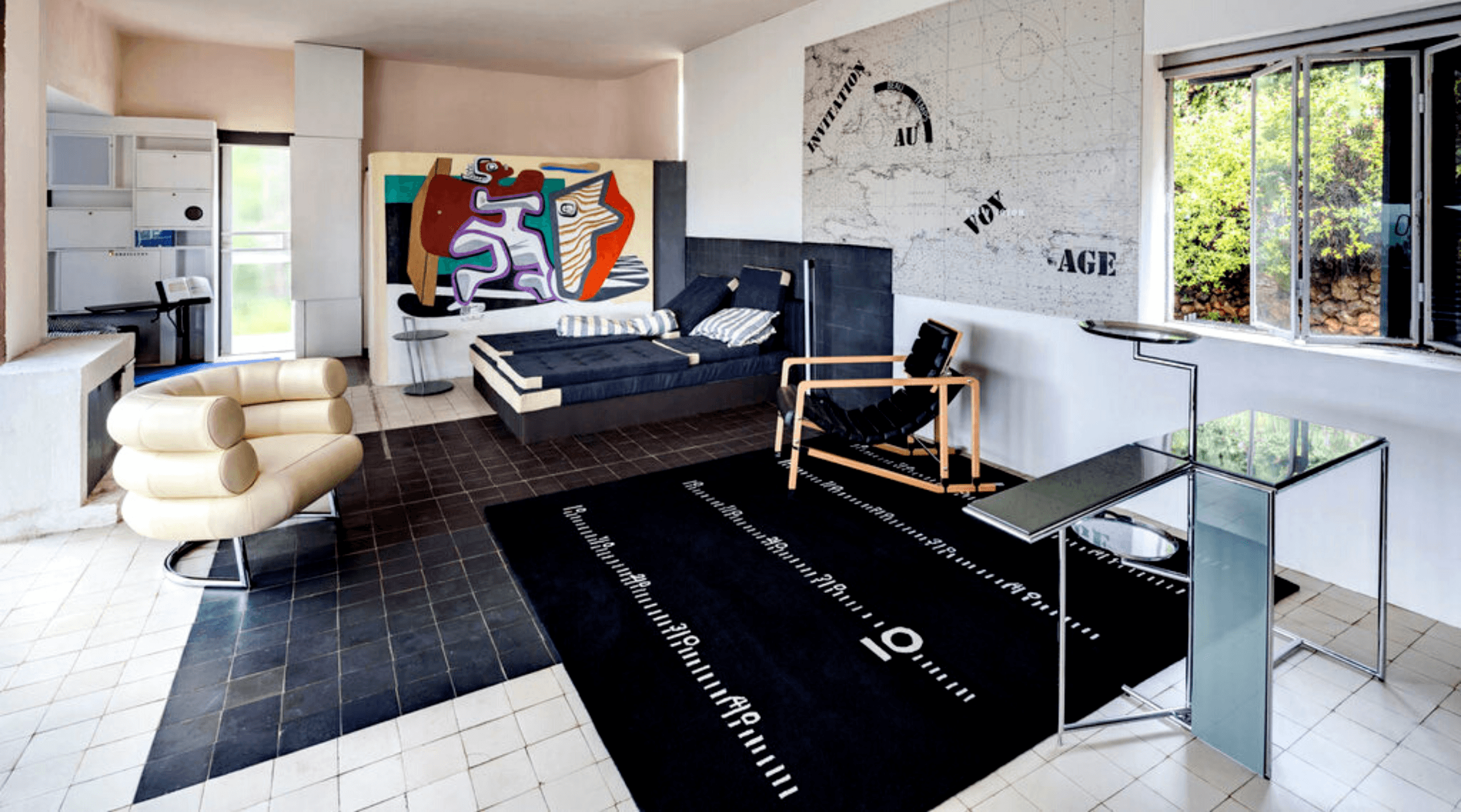 We stand for determined visionaries and respect female figures who will stop at nothing to achieve their goals. In the past, we have highlighted artists, designers and craftspeople who inspire us. Their achievements often against all odds. Here we are championing Eileen Gray who produced ground-breaking designs and as a female born in 1878, her work was overlooked for most of her lifetime. Join us as we explore her life, work and legacy.

Born into an aristocratic Irish family, Eileen Gray was one of the first women to study at the Slade School of Fine Art, in 1898. She often visited the Victoria & Albert Museum, near her home in Kensington. It was on these trips that she became fascinated by Japanese and East-Asian lacquerware objects and furniture covered by lacquer.

After moving to Paris in 1902 to continue her studies at the Academia Julian, Gray began to concentrate on objects that had a function such as screens and panels. She became committed to the craft of lacquering and under the tutelage of a Japanese lacquer master, Seize Sugawara, she created designs that fused traditional with abstract and geometric principles. Lacquering is a challenging technique and requires a humid, dust-free environment. Gray used her bathroom as a studio to apply 20 coats of mixed resin, which take 2-4 days to dry. That time allowed Gray to begin experimenting with textile and rug design. She also set up a weaving studio and soon the work captured the attention of Paris’ avant-garde community.

Gray did not rest on her laurels and the next step was to open a shop. It was unusual to have a woman at the helm of a shop in post-war Paris. At the time Gray was in a relationship with Jean Badovici whom she collaborated with and despite having no formal training in the field, she directed her attention to architecture in her late 40’s.

During this transition period, she designed the interior of an apartment, the Rue de Lotta, in Paris which was commissioned by Madame Mathieu-Lévy. This provided her with the opportunity to integrate an interior scheme rather than looking at isolated objects in her shop.

‘E-1027’ is the first building that Gray designed and is now her most famous. It’s a modernist villa by the sea in Roquebrune-Cap-Martin and was completed in 1929. What was so unprecedented about this design was that it incorporated moving screens and furniture that could be adjusted. She wanted the complete house to be adaptable to meet someone’s individual needs.

It’s true that Gray was influenced by Le Corbusier, who frequently visited E-1027 (it was nearby from the villa where he drowned in 1965). Apparently, he was furious that Gray had used ‘his style’ and ten years after completion, he defaced the walls with lurid cubist murals. He did this in the nude!

Gray went on to complete two more houses and designed a total of almost 50. Today Eileen Gray is getting the attention she deserves. In recent years she has had exhibitions in Paris and New York. E-1027 has been restored after falling into disrepair and is now open to the public. Her ‘Dragon’ chair sold at the ‘Collection Yves Saint Laurent et Pierre Bergé Auction’ held by Christie’s Paris fetched a whopping €21.9 million, a record breaking price!

Whilst we work on our projects from conception to completion, Eileen Gray’s incredible approach and journey is one that we must never forget.