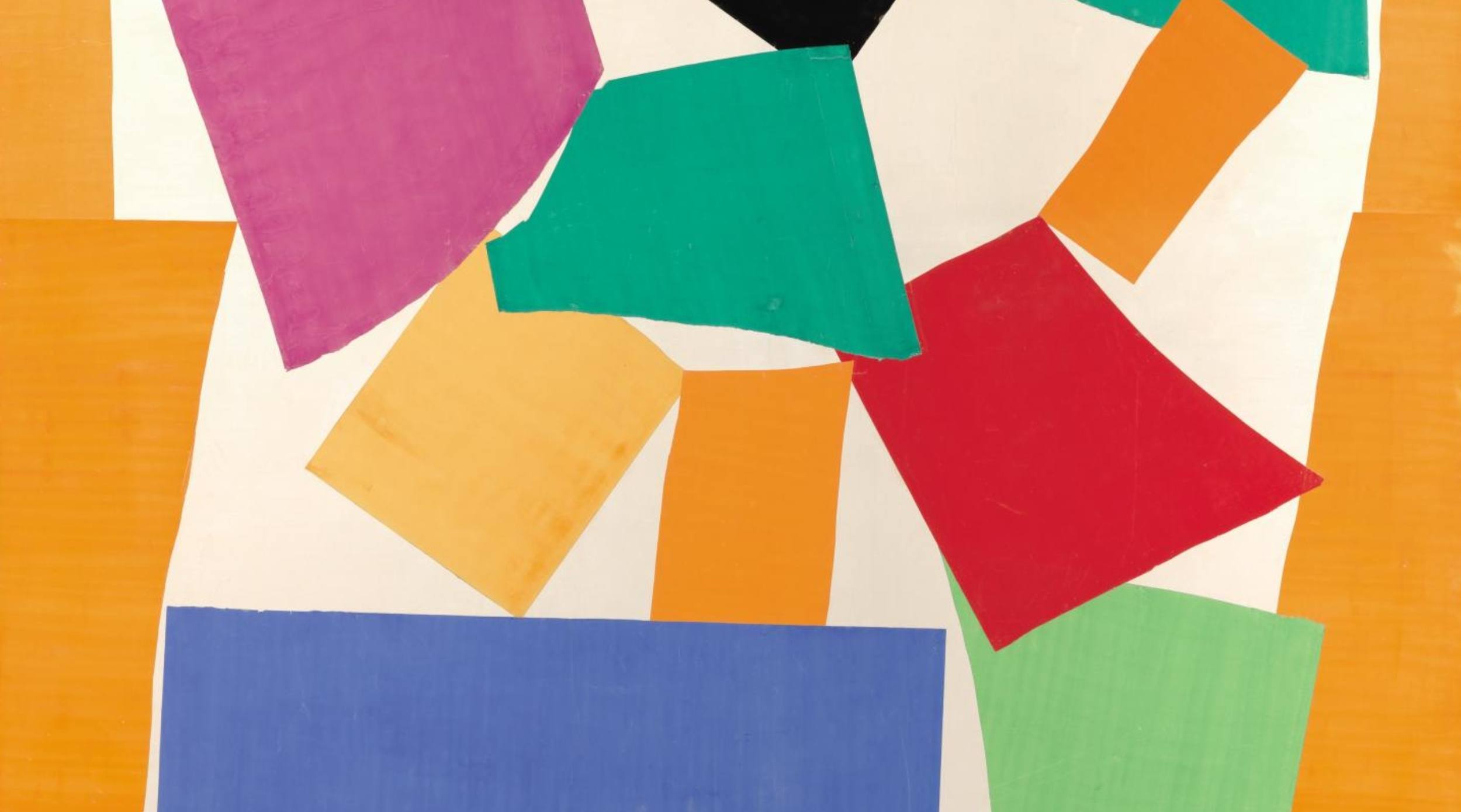 With my love of colour, my heart has always been close to Henri Matisse. He was a lifelong student of colour theory. Let us learn from this brilliant artist by admiring one of his masterpiece ‘The Snail’, which is one of the most famous works and star attractions of the Tate Modern’s collection.

Matisse was the leader of the ‘fauves’, or ‘wild beasts’ as they were known, due to their use of ‘brutal’ colours. His work is surprisingly consistent. He used colour for its expressive qualities rather than to just depict something.

It is even more poignant that Matisse finished this vast, brightly coloured work of art which is nearly 3m x 3m the year before he died. His health was failing and consequently he developed a new method of expressing himself through art, resulting in the cut-outs. He was conscious his time was running out. Every day was key to him and he worked furiously up until his death.

Matisse’s new creative method involved cutting large pieces of paper that were pinned to the walls of his studio by his assistants. He would prepare the colours, then his assistant would paint them onto the paper and he would cut the shapes. Matisse was dynamic and spontaneous with his cutting. The paper shapes would then be arranged and rearranged. The aspect he was fascinated most by was how the colours changed when placed next to another. This is something I am so aware of when designing interiors. At first the cut-outs were a means to enable him to paint, but he soon realised that this method enabled him to work on a grander scale, larger than what he would have been able to achieve as a painter.

The title, ‘The Snail’ comes from the pin-wheel pattern, and is a playful reference to a snail. It has a freshness and freedom which looks childlike, yet it is incredibly elegantly composed. The simplicity lies in the expertise of Matisse’s studies of how colour works. The colour wheel was developed by a scientist in the 1830s, investigating the way the eye sees colour. It is used to create colour combinations that sing together. Opposite colours of the wheel complement each other. ‘The Snail’ is an example of how Matisse moved around the colour wheel, sometimes to a jarring effect.

Take a closer look. The red is next to two different hues of green which are complementing. It also touches three sections of orange which are almost clashing. The orange touches the blue, complementing…and so on. Then Matisse balances the colour by using black or neutral.

I often think that art and design is seen through a kaleidoscope. People interpret things differently. In ‘The Snail’, Matisse gives the viewer the opportunity to create their own composition from the 12 hues or building blocks it is made up of. It is an invitation for you to escape and who doesn’t want that!

Matisse was certainly a rule-breaker. Painting had developed strict rules with conventions of light, shadow, perspective and brushwork. He ignored all of that with his blocks of vivid colour. No-one had ever produced work like the cut-outs before and at the time people thought they were infantile and didn’t take them seriously. One vicious critic called them “paper jokes.” It wasn’t until twenty years after his death that people started to realise their importance.

Matisse often said that he felt like an acrobat or a juggler when doing his art. I can relate to that meditative state and concentration required to create. Don’t be afraid of using colour. Be inspired by how Matisse draws with matt, bold, vibrant colours. He pushed the boundaries of form and colour.

Using a cut-out and applique technique, we have created ‘The Couture Wing’ chair. It was first showcased at The Victoria & Albert museum in London.

It can be completely bespoke with personalised initials woven into a Matisse inspired applique design. Here I have used one of my favourite fabrics, Pierre Frey’s plain ‘Arsene’ fabric, as a fresh background against a selection of Moon wools for the cut outs and piping.

You can create your own Couture Wing Chair on Shop Kit Kemp.