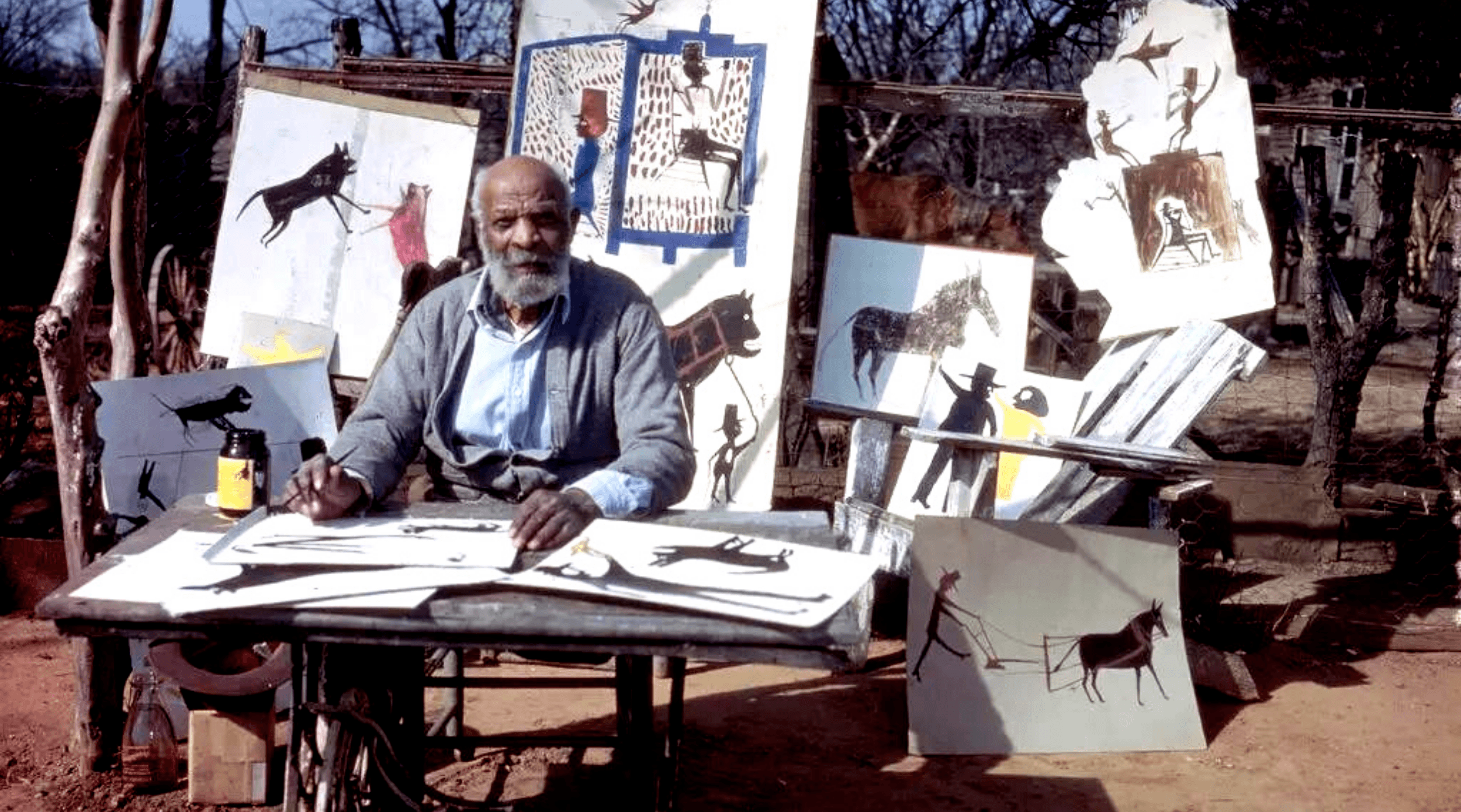 Born into slavery in 1853 in Alabama, Bill Traylor was assigned the surname by his plantation. He was a slave for twelve years until 1865, when the Union Cavalry swept through the cotton plantation.

In an America where racial segregation and civil war was prevalent, Bill Traylor’s life was marked by the constant moving and searching of jobs, from being a member of a surveying crew to a sharecropper.

During his later years of life, he developed a strong interest in art and design. In 1939 at the age of 86 he was homeless on the streets of Montgomery and his drawings were done on any discarded scraps of cardboard, like candy-box tops or old window advertisements.

His work is defined by the use of simplified but crisp shapes which resemble cartoon-like and imaginative characters. His main topics revolve around the idea of people and animals, from top-hatted men to dogs, with a dramatic but very powerful aesthetic.

The boldness and strong use of colours create character and emphasise these aesthetics. Bill Traylor’s work has been defined as ‘the combination of prehistoric cave paintings with a mix of something new’.

Only in the final years of Traylor’s life was his work noticed. English painter Charles Shannon provided him with the resources to paint and started collecting a vast majority of his work. Due to the World War, Charles’ support ended in 1942 and at the time, Traylor hadn’t been able to sell any of his art. He passed away in 1949, leaving behind more than one thousand pieces of work.

Today Traylor’s art, life and legacy is celebrated and in 2014, some of his artworks were sold to benefit a children’s charity in Harlem.

Curator of folk and self-taught art at The Smithsonian American Art Museum, Leslie Umberger spent years putting together more than 155 pictures, organised by 16 recurring themes to create a solo exhibition of his work.

As of today, Bill Traylor is seen as one of the most relevant American artists of the 20th Century.