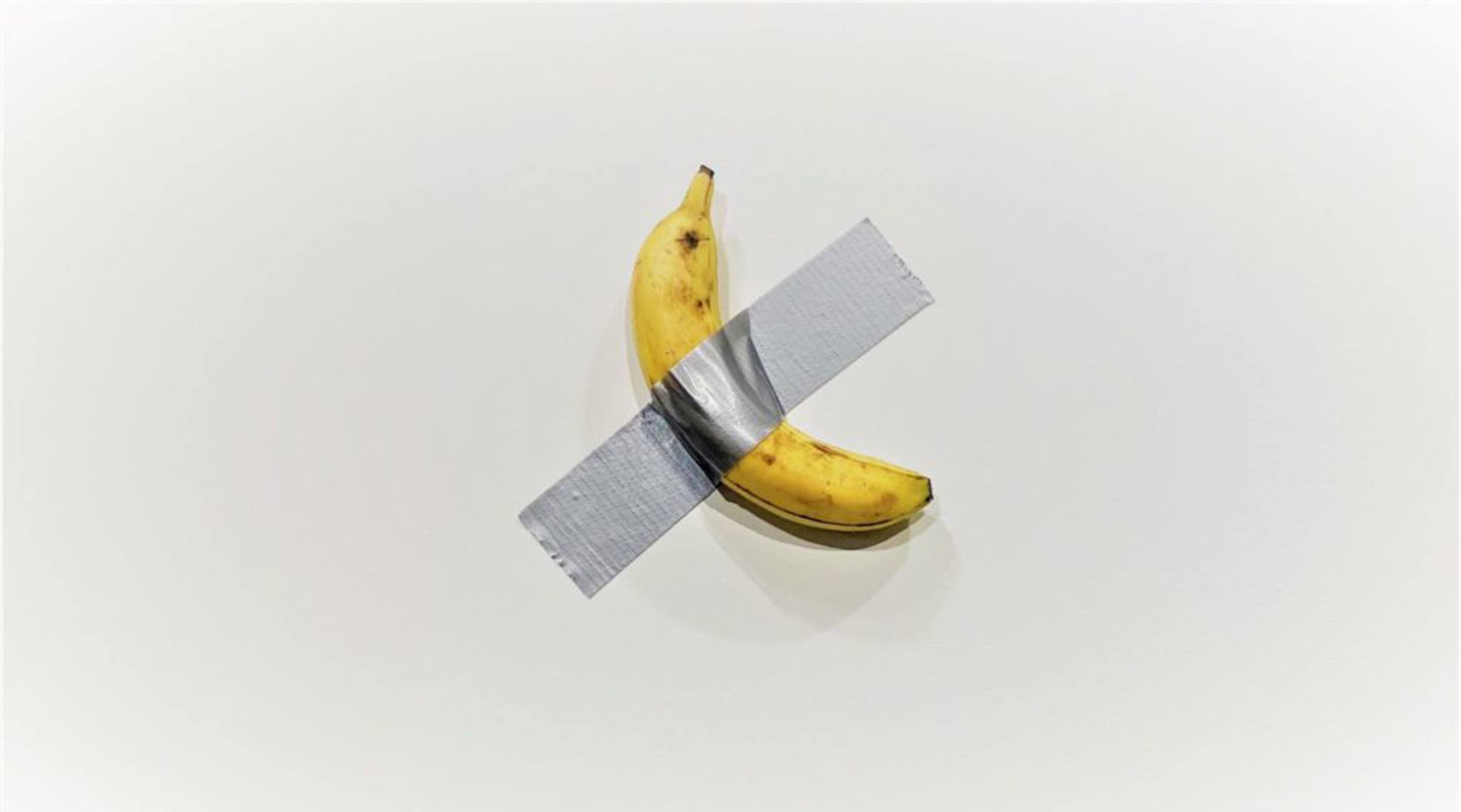 We are excited to announce that we have confirmed a new Firmdale hotel site in the New York Tribeca district. With Warren Street Hotel on the horizon, the sourcing must begin.

Minnie Kemp and Ruby Kean, from our Design Team, headed to Art Basel in Miami to hunt for new pieces to add to our art collection.

Undoubtedly the most talked about art piece of Art Basel has been Maurizio Cattelan’s installation of a banana taped to the wall. An Italian artist and absurdist, his piece “Comedian” sparked great mayhem at the fair, and indeed around the world, with three editions of the work sold from $120,000 to $150,000.

The work is on show at Emanuel Perrotin gallery. Although his previous work made headlines after being stolen from Blenheim Palace, he isn’t worried about someone stealing “Comedian”.

Without the artist’s certificate of authenticity, it reverts to being just a banana. Perrotin explains; “In a way, securing a buyer for the piece completes the artwork. If you don’t sell the artwork, it is not a work of art.”

The banana bonanza doesn’t stop there. On Saturday 7th December, performance artist David Datuna ate the banana, and was arrested.

This piece of fruit has become a rare art world phenomena, breaking into mainstream culture and widely profiled by media around the world. We can reveal that the “celebrities” in the image published by The Times are in fact, our very own Firmdale Design Team members, Minnie Kemp and Ruby Kean.