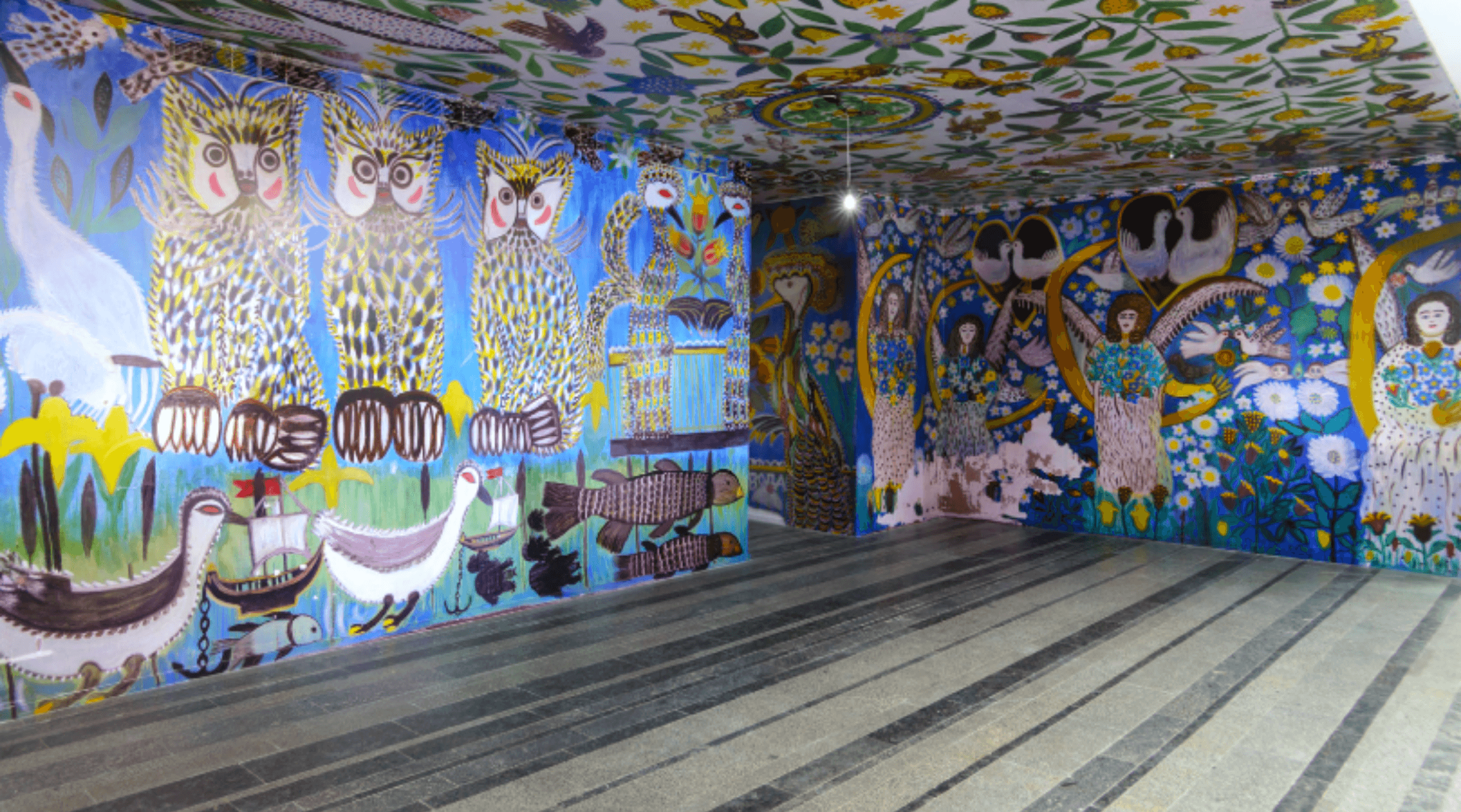 Within a small village located in the heart of Ukraine stands a cottage which contains the artistic legacy of a woman who transmuted the grief of life’s tragedies into beautiful creations. Polina Rayko (1928-2004) was a self- taught artist born in Tsyurupinsk in Ukraine (renamed to Oleshky in 2015) and is an inspiring example of how art is essential to the healing process and transcends our life experiences.

Polina and her husband lived a modest life in the village where they raised their daughter and son earning a simple wage by selling produce from their garden. Tragedy struck the family in 1994 when their daughter died and a year after, her husband passed away. Polina’s son was later sent to prison and at age 69 she was faced with such heartache and severe loneliness that her walls became the canvas to heal from.

From 1998 to 2004, using her pension money she bought cheap supplies and without any education began painting. She covered the walls, ceilings, the kitchen stove, all the outbuildings, fences, and gates. To avoid the judgement of her neighbours, Polina painted with the shutters closed in the evening under the glow of her lamps. She sang and shed tears as she painted, bringing alive scenes from her life, releasing herself from the emotions of pain and loneliness and transforming her grief into joyful expressions. A testament to the healing power of art.

The house is filled with large scale motifs inspired by her surroundings as well as flora and fauna, Slavic folklore and Christian iconography. However, some of her compositions were visions she received whilst sleeping. Such exquisite and detailed ability to mark every corner of her walls and ceiling is certainly bewildering for a woman of her age. She had an intrinsic flair for understanding colour and scale and created such powerful imagery that transmuted her grief into such beauty.

To celebrate their memory, she painted life sized imagery of her sisters with wings surrounded by small angels, white doves and flowers.

Since Polina’s death, her house remains a living memory of her innate talent and it’s a powerful example of how cumulative grief can be transformed through art. We hope you too have been inspired by Polina’s strength and story.