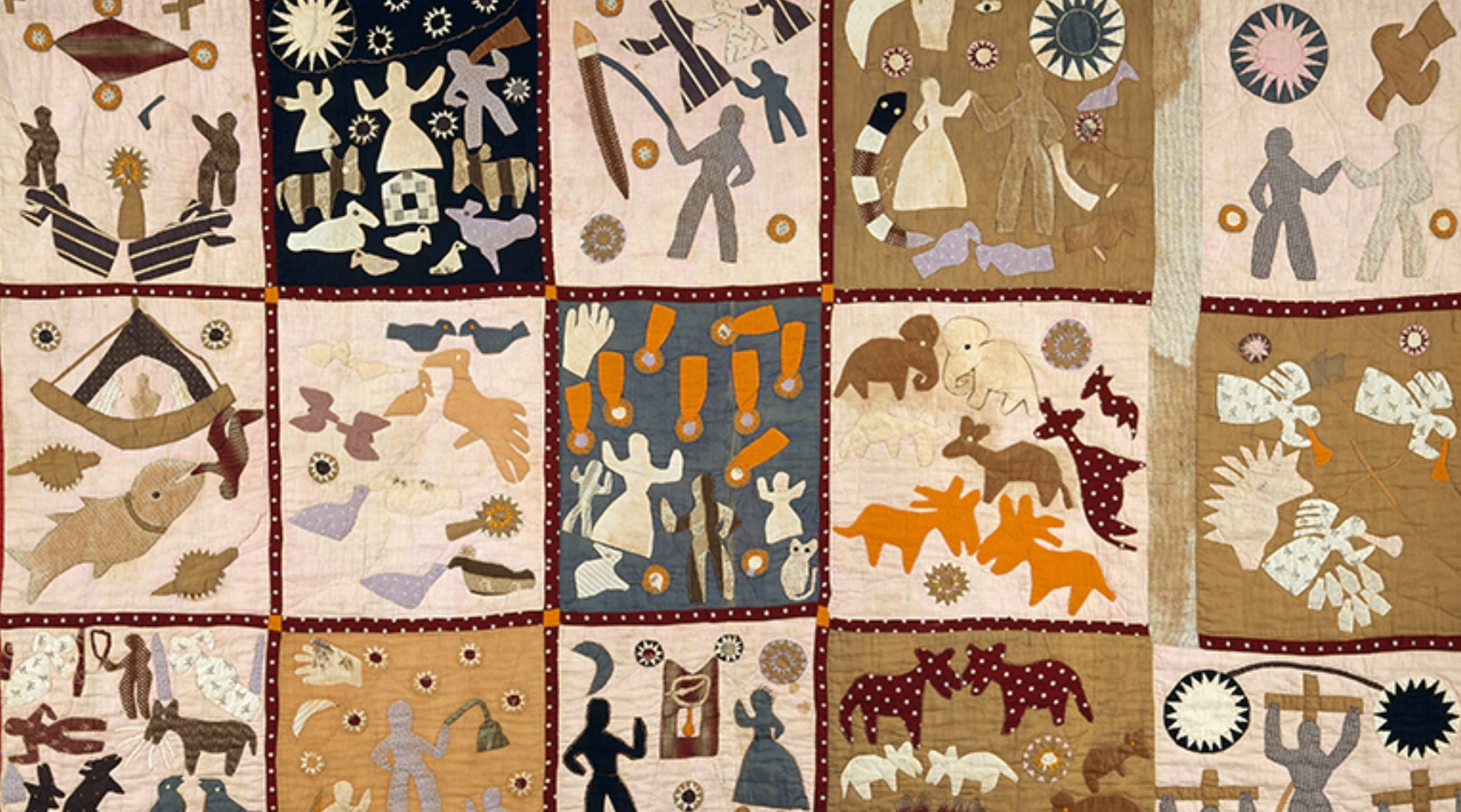 Storytelling is at the very core of all that we create. Tales told with the use of colour, pattern and craft. As part of our new series ‘Against All Odds’, we take a look at some of the phenomenal stories of artists that have accomplished great things with their craft, even under extraordinary circumstances.

A story we must tell you is that of Harriet Powers, an American folk artist and quilt maker who was born into slavery on a plantation in rural Georgia in 1839.

Powers was illiterate in her early life when she began to learn to sew. She therefore communicated tales through the medium of thread, sewing stories together depicting life around her, from astrological and historical events to local legends and daily life on the plantation.

While men had typically created these quilted textiles, the tradition was picked up in the United States and it was women who slowly became the primary creators.

Powers’ silhouetted designs are full of narration, communicating themes of her own experience and the techniques from age-old crafts of African-American applique with European stitching.

At just 18 years old, she married her husband Armstead Powers who she was believed to have had at least 9 children with. Once the civil war was over and they were freed, they bought a small farm and plot of land. Years later, her husband left her and the farm. Powers was said to have never remarried and spent her days quilting.

Her first quilt was made of 299 separate pieces of fabric and she finished it at the age of 49, with colourful figures stitched onto a watermelon coloured background. Bible stories and fantasy beasts, trumpets, suns and bells dance across the cloth, with the panels separated by vertical broken strips. In similar West African designs, unbroken lines within a design are used to startle spirits and keep evil from “moving in straight lines”.

Incredibly, only two quilts are known to have survived to this day, The Bible Quilt and the Pictorial Quilt, both residing in museums in Washington DC and Massachusetts.

One panel on the top row of the Pictorial Quilt depicts Adam and Eve in the Garden of Eden. The snake tempts Eve, Adam holds his rib and “God’s all-seeing eye and merciful hand” are present.

The panel in the centre depicts a real event from 13 November 1833, in which falling stars made people fear that the end of the world had arrived.

From such challenging circumstances, Powers mastered her craft. There are now books about Powers’ life, an off-Broadway play, “Quilting in the Sun” and there is even a current movement to put her on a postage stamp.

These abstract figures are celebrated throughout our designs here at the Kit Kemp Design Studio. Although simple forms, the figures and shapes of folk art allow complete interpretation of the story they are telling.

Whilst one may say more is more when it comes to our interiors, often the simpler more abstract forms allow for an even wider scope of imagination and storytelling.